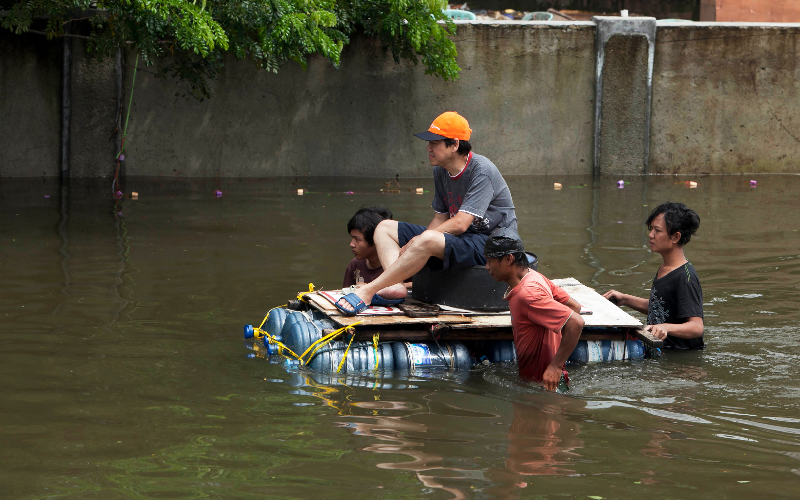 The 27th Conference of the Parties to the United Nations Framework Convention on Climate Change (COP 27) comes at a time of immense climate mayhem characterized by global environmental disruption, social upheaval, political turmoil, widespread population displacement, and a regression in the decades of international public health progress made. The continually unfolding consequences of the climate change crisis serve as distressing warning signs of the devastation that a warmer world can be expected to bring and the burden of suffering that will be borne by those most vulnerable. Current pledges made by world leaders and institutions do not place the world on track to reining in the possibility of catastrophic climate change, with the Intergovernmental Panel on Climate Change (IPCC) Sixth Assessment Report rendering the conclusion that limiting global heating to 1.5 degrees Celsius will soon be beyond reach without immediate and large-scale reductions in greenhouse gas emissions. A variety of both soft and hard adaptation limits to global capacities to maintain resilience against climate change-driven ecosystem, sociopolitical, health, economic, and other disruptions exist. Importantly, human physiology has a limited capacity to thermoregulate and acclimatize to a warming world. Regular havoc and disaster wreaked by climate change will therefore remain an inevitable reality for the duration of the 21st century and beyond.

We are already experiencing this reality, with unprecedented, devastating impacts on public health. According to the 2022 report of the Lancet Countdown on Health and Climate Change, during 2021 and 2022, extreme weather events caused devastation across every continent, adding further pressure to health services already grappling with the impacts of the COVID-19 pandemic. Floods in Australia, Brazil, China, western Europe, Malaysia, Pakistan, South Africa, and South Sudan caused thousands of deaths, displaced hundreds of thousands of people, and caused billions of dollars in economic losses. Wildfires caused devastation in Canada, the USA, Greece, Algeria, Italy, Spain, and Turkey, and record temperatures were recorded in many countries, including Australia, Canada, India, Italy, Oman, Turkey, Pakistan, and the UK. With advancements in the science of attribution, the influence of climate change over these events is no longer in question.

Particularly in low- and middle-income countries (LMICs), the public health burden, already high due to global inequities, comprises of direct injuries, disease, death compounded by damage to health facilities, sanitation systems, and water infrastructures; loss of productive land for food production; pollution of drinking water sources; and adverse mental health outcomes resulting from displacement and loss of possessions, friends and family, original land, cultural heritage, and other valued assets. In Pakistan, for example, the most recent flooding occurrence has destroyed or damaged over two million homes, forcing people to live in the open as winter approaches. Meanwhile, more than 1500 health facilities have been badly damaged, stocks of essential drugs and medical supplies have been washed away, and disease surveillance and referral mechanisms have been severely disrupted. This has collectively precipitated a public health crisis of unconscionable magnitude. The World Health Organization (WHO) and the United Nations Children’s Fund (UNICEF) report outbreaks of cholera; malaria and dengue—with vectors breeding in stagnant water around displaced persons camps and settlements—; an increase in skin infections; and the occurrence of up to 2000 unsafe births per day. Current figures (October 2022) suggest over 900,000 people in South Sudan are experiencing dire conditions in a country that is nearly two-thirds underwater, after having had their homes and livestock swept away, being forced to flee, and facing a food emergency worsened by the inundation of large swathes of farmland.

Given the strong and growing evidence base, there remain no grounds for questioning the notion that there exists, above all, a public health imperative for taking reparative action in addressing the permanent loss or (un)repairable damage (L&D) caused by the climate change. Additionally, there is a moral imperative since this L&D is borne disproportionately by those least responsible for the current crisis.

The WFPHA’s call to action stems primarily from our well-founded concern that, both within and outside the public health community, current funding pledges are incommensurate with the financial requirements for a comprehensive global response to climate change-driven L&D. By 2050, it is estimated that annual financing needed to address L&D may reach up to US $1,132–1,741 billion. Already, in 2021, climate-related extreme events induced measurable economic losses of US $253 billion, with the highest levels of uninsured losses occurring in LMICs and consequentially borne largely by financially strapped governments and already socioeconomically vulnerable households. Expecting vulnerable households to cope with the losses and damages of a crisis they contributed minimally towards using their own meagre resources clearly contradicts the concept of climate justice.

For far too long, financing for L&D has been overlooked and conversations have been mired in unrelenting debate on normative principles of historical responsibility and what should be unambiguous definitions of climate justice and global equity. While nearly a decade has passed since the 2013 Warsaw International Mechanism for Loss and Damage was established at COP 19, the international community remains a long way away from delivering the large-scale technical and financial support that LMICs desperately require. This stems in part from the lack of accountability frameworks and the insufficiency of currently established climate financing instruments which fail to differentiate, and therefore allocate unique funding streams towards, L&D as a unique policy domain separate from adaptation and mitigation. In 2021, for example, only 27 (16%) of the 165 projects approved by the Green Climate Fund (GCF) used L&D terminology in their project proposals, with total grant requests for the 27 projects totalling only US $902.5 million.

Considering these shortfalls, coupled with the fact that COP 26 did little to meet the demands for new and additional L&D finance and the Glasgow Pact failed to establish a dedicated L&D financing facility, the WFPHA, in keeping with its commitment to protecting and promoting public health globally, calls upon delegates to the COP 27:

It is important to note that establishing a new L&D fund or financing facility must not come at the expense of bilateral grant allocations, contributions towards multilateral development banks and existing climate funds, other official development assistance, and necessary negotiations on debt relief for climate vulnerable LMICs. The new mechanism must augment, rather than replace, these highly needed and still grossly insufficient forms of financial support and compensation provided by the world’s historical polluters.

It is the WFPHA’s deeply held conviction that heeding this call to action is in the best interest of the global public’s health, is fitting with internationally agreed upon principles of global health solidarity, and serves the recently reaffirmed commitment to upholding the universal human right to a clean, healthy, and sustainable environmen. While taking this stance, the WFPHA urges other public health bodies to follow suite and to affirmatively echo the WFPHA’s call to action on this matter.